Good Therapy SF|Uncategorized|Do I Have OCD? 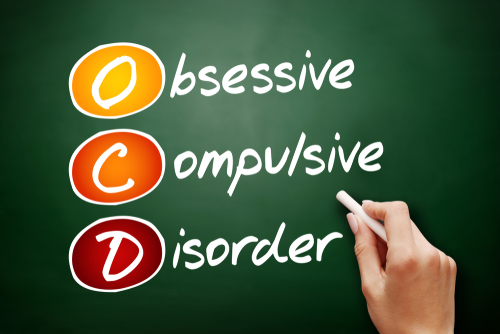 Obsessive Compulsive Disorder (OCD), or having obsessive traits, is a common diagnosis. In the United States, about 1 in 40 adults are diagnosed with OCD. It’s also a frequent diagnosis treated at Good Therapy SF.

Since OCD has a neurological basis, it is often best treated with cognitive behavioral therapy and medication. While OCD can be highly disruptive, especially during times of stress, it is important to know OCD is treatable.

How is OCD Diagnosed?

There are different types of OCD triggers. Below is an example of Contamination OCD.

Obsessive Thought: My hands are dirty

Follow up Obsessive Thought: I know they should be clean, but I just can’t stop thinking that my hands might be dirty.

Follow up Compulsive Behavior: re-wash hands. The behavior to rewash reduces the anxiety – but only while the hand washing occurs. Anxiety levels increase immediately after hand washing is completed.

This is the most common form of OCD treated at Good Therapy SF.

Pure O symptoms only include the obsessional thoughts, impulses, or images. There is an absence of ritualistic behavior.  However, there are usually hidden mental rituals. Failure to complete these rituals contributes to guilt, shame, anxiety, and avoidance.

For example, someone with Pure O might be convinced they are not good enough or “unworthy” for their job. The mental rituals can be tests they set for themselves during the day to try and prove they are good enough. People often fail these daily tests. This creates high levels of stress. As a result, they feel the only option to cope is to reach out to others for reassurance. This feedback loop is then repeated.

How does CBT treat OCD?

ERP focuses on exposing someone to their fear / trigger without letting them engage in their obsessive compulsions.

Prior the exposure, people are taught more effective coping skills and relaxation strategies to use during the exposure process. There are many ways to customize ERP for each person, but overall this strategy has been shown to be highly effective.

The focus is on learning to change the compulsion and not challenge the “right-ness” or “rationale” of an obsessive thought.

Change comes from reducing the compulsion, not the obsession.

For more help with OCD, Pure O, and other types of obsessive anxiety issues feel free to reach out to goodtherapysf.com