And Develop a Growth Mindset

“I shouldn’t try, because it’s too hard. There’s no way I’d be able to accomplish it.”

“That would take too much time and effort, so it’s not worth it.”

“If I try and it doesn’t work out I’ll be too destroyed. It’s better not to try.”

This is the chorus of thoughts that often comes with the fear of failure. If it sounds familiar, you are not alone. Failure is not something most people are taught to embrace. Most people are taught from a young age that success, intelligence, talent, and ability is important and valued, whereas failure is bad and should be avoided.

However, the fear of failure can come with a cost. This fear can hold people back from approaching valued career and relationship goals or other interests. It can prevent people from taking risks they need to move forward in their lives. Thus, ironically, the fear of failure itself can serve as a barrier to the success one desires.

Why are people afraid of failure?

When people are afraid to fail, they are essentially afraid to feel the emotion shame. While guilt comes from feeling badly about a regrettable behavior, shame takes that to another level – to feeling badly about the self. When shame takes over it can lead one to feel insecure, worthless, and inadequate as a person. Experiencing a perceived failure may lead a person to experience shame through their worries about what the “failure” means about them.

Given that shame can be such a painful and toxic emotion, it makes sense that people try to avoid it. Sometimes people go to great lengths of self-sabotaging themselves to avoid this feeling.

For example, if someone believes an exam is going to be difficult they may avoid studying for it altogether. Then, when they fail or do poorly, they can explain to themselves and others that the failure was due to not trying, not due to their lack of ability. While this may make them feel better in the moment, in the long-run it has a consequence of jeopardizing their education. 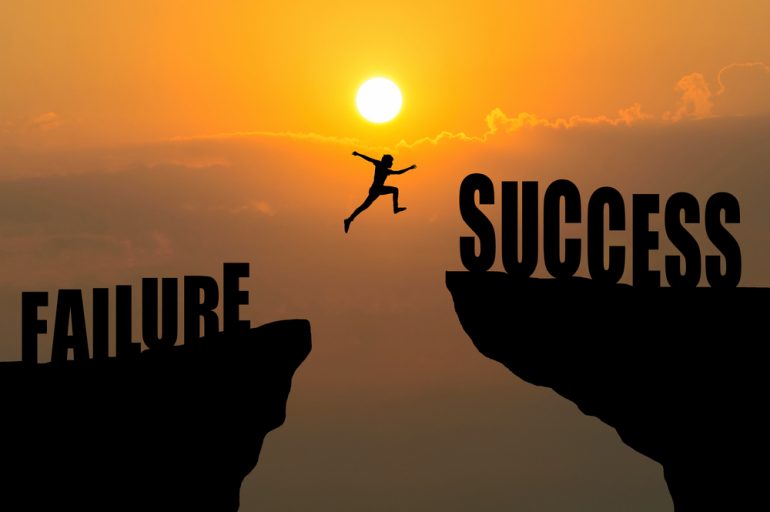 What is a growth mindset and how can it help?

Dr. Carol Dweck is a psychology professor at Stanford University and a researcher of “fixed” vs. “growth” mindsets.

A fixed mindset is the belief that one’s abilities are carved in stone, and that one is going to remain at that same level no matter what they try to change it. Dweck explains that people with fixed mindsets are consumed with trying to prove themselves, and need every situation to confirm their intelligence, personality, or character.

A growth mindset, on the other hand, is a belief that intelligence is malleable and expandable, not fixed or finite. People with a growth mindset believe that failures are simply opportunities to learn. This is exemplified by a quote from Thomas Edison, “I have not failed. I’ve just found 10,000 ways that won’t work.”

Benefits of a growth mindset

Dweck’s research finds that having a growth mindset boosts resilience, enhances positive emotions, increases willingness to take on challenges, and increases one’s ability to bounce back from roadblocks. For instance, neuroscience research finds that children with growth mindsets demonstrated more robust brain response following a mistake, compared to those with a fixed mindset. Overall, the research indicates that practicing a growth mindset can help people respond in a more positive and productive way to perceived failures or mistakes.

Naturally, if you have believed in a fixed mindset for most of your life, it will take effort and practice to cultivate a growth mindset.

The next time you experience something you perceive as being a failure, shift your thinking. Try to view the experience as an opportunity to learn and grow. If you put forth good effort towards your work, praise the effort even if the result was not what you initially desired. Prioritize the process and journey rather than trying to reach a specific destination or outcome.

Let go of trying to gain everyone’s approval – you’ll never make everyone happy. Just compete with yourself and acknowledge your improvements, whether they are big or small. Change the way you define success. As Winston Churchill put it, “success is stumbling from failure to failure with no loss of enthusiasm.”

If you are struggling with a fear of failure and want to talk about developing a growth mindset and other strategies to overcome it, feel free to reach out for a free initial consult.