This is one of the most powerful coping skills for dealing with all forms of stress and anxiety.  It works by counteracting a major cause of anxiety symptoms: hyperventilation.

Physiology of Breathing and Hyperventilation

Here are some of the symptoms from hyperventilation.  Look familiar?

Breathe in and out of a paper bag:  (yes, it really works) 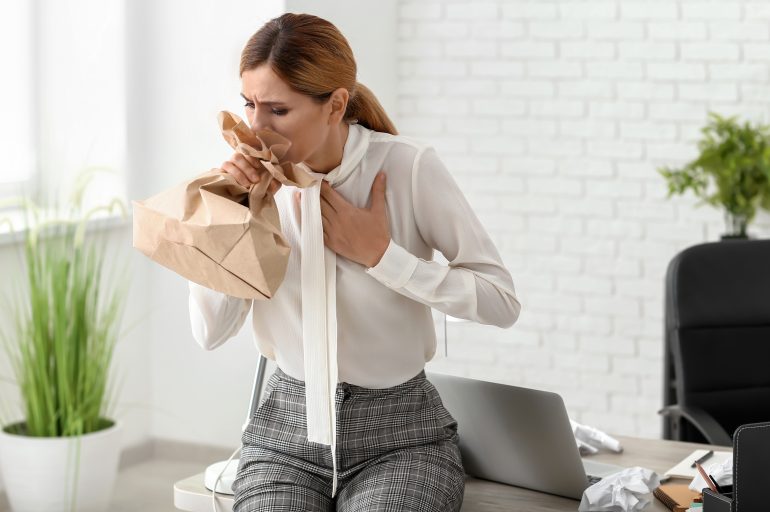 *Eric Ryan, Ph.D. (a former supervisor of mine) is to be credited for the information above